Tasmanian Blackwood is our most commonly used tonewood, owing to its incredible tonal characteristics, bold aesthetics and its availability to us as a sustainable and ethically sourced material.

What is Tasmanian Blackwood? 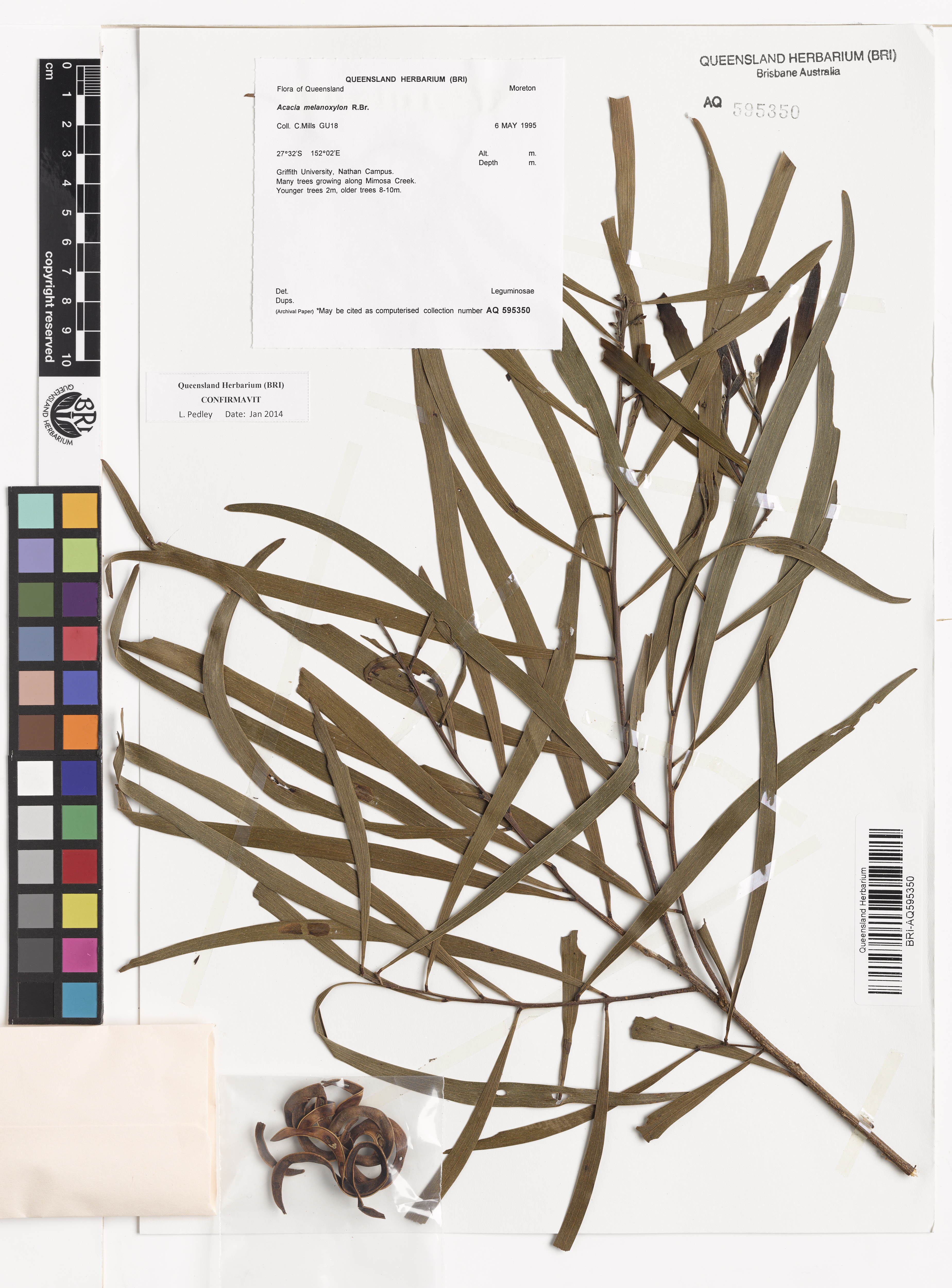 Acacia melanoxylon, known commonly as Tasmanian Blackwood or Australian Blackwood is a native Australian species that grows along the entire east coast from the island of Tasmania in the south to the tropics of North Queensland.

Blackwood is a wattle tree that can grow to 45m tall and have a diameter of 1.5m (Doran and Turnbull 1997). The bark is usually hard and fissured but occasionally may be flaky. Adult leaves are dark green with multi-veined phyllodes and juveniles have bi-pinnate compound leaves. Seeds have been known to germinate after 200 years in the soil (Tasmania) and after 10 years in sea water (Cambage 1915). Fire aids seed germination (Wilkinson and Jennings 1994) and it readily sprouts from damaged roots and stems. It is shade intolerant and relies on disturbance to recruit.

Blackwood trees can grow for over 150 years before they commonly rot out, are eaten by ants, blow over or are struck by lightning. The oldest known Blackwood was 210 from Smithton, Tasmania. Once a tree perishes it enables light to penetrate through the canopy - providing conditions suitable for seed germination. If the fire or disturbance frequency is 200 years or greater, the Blackwood component may disappear from the forest, leaving only ground-stored seed awaiting the next major disturbance (Forestry Tasmania 2005).

What is a tonewood?

The short answer is, all woods. If it can make a sound, then it is tonal. In that sense all woods are tonewoods. However, the word tonewood itself refers to the particular wood used to build a guitar. Usually tonewood woods have characteristics that make them better for making instruments and a relatively small number of woods around the world

Tonewoods make all the difference in how the sound is produced. Things like greater sustain, a greater velocity of sound, or reduced dampening can produce favourable overtones or simply give a certain tone the luthier is looking for. 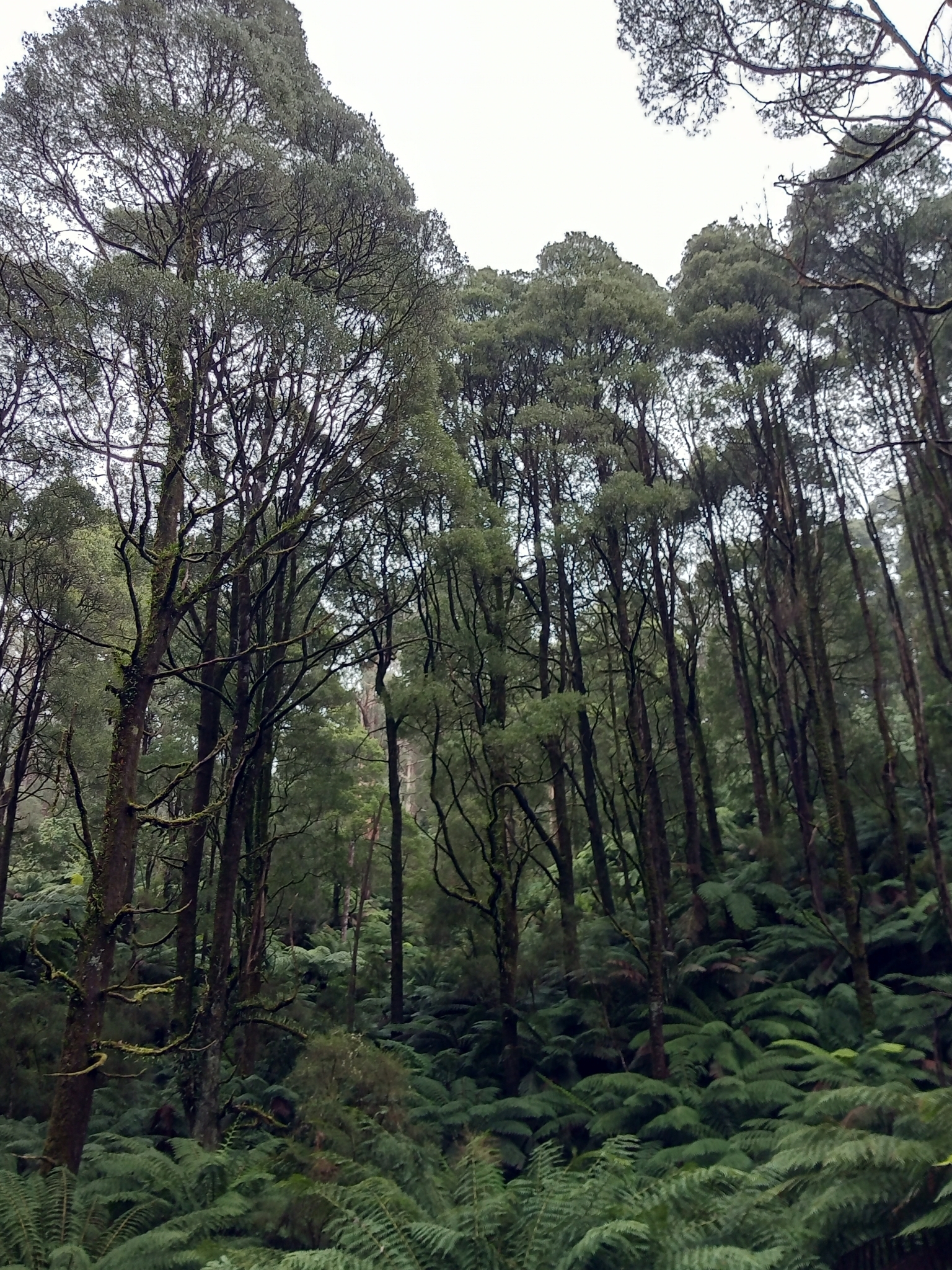 It's understood that Hermann Weissenborn chose Hawaiian Koa (Acacia koa) for his instruments owing to its desirable properties as a tonewood in terms of its stability, workability and its tonal properties, as well as its obvious connection to the popular Hawaiian music his instruments were invented for, as well as its relative availability in Los Angeles, California.

Koa is a close cousin of Tasmanian Blackwood, believed to have spread from Australia to the Hawaiian islands by way of birds millions of years ago.

"Blackwood possesses a rich and powerful lower mid-range which contributes overall to a warm, dark tone. This contrasts with the drier, crisper tones that are realised if Queensland maple or Mahogany is used. As a tonewood, Blackwood sits somewhere between the fullness of Rosewood and the brightness of Mahogany. An unexpected bonus is the contribution Blackwood makes to tone when used as a neck. A Blackwood neck will consistently provide greater volume and clarity than either Queensland Maple or Mahogany" - Pat Evans - The Use of Blackwood in the Australian Guitar-Making Industry, Proceedings of a Blackwood Industry Group (BIG) Workshop, Victoria, 26-29 April 2006.

The most viable tonewood comes from Tasmania and Victoria, owing to the colder climates and larger Blackwood trees. We source the majority of our blackwood from Tasmania in billet form.

You might often hear us talk about figuring in our Weissenborn guitar descriptions. Figure refers to the appearance of wood; in the simplest terms a figured wood is not plain. Figure can also be referred to as Fiddleback, Flame or Curl.

Figured Tasmanian Blackwood is increasingly rare and sought after, with the iridescent or chatoyant effect only present in a tiny fraction of trees, and often only in small sections of these trees.

Some of the best sounding instruments we've ever made have been from both non-figured as well as incredibly figured Tasmanian Blackwood. Figuring plays a role in the tone, though considerably less than other properties such as density and stiffness, which can vary considerable even within the same tree. This is why we select only the finest instrument grade Tasmanian Blackwoods, both figured and non-figured.

This is why our voicing process is so important: so that we can bring out the best possible tone in every guitar.

Features of our Tasmanian Blackwood - Hues and Colour:

Tasmanian Blackwood hues can range anywhere from deep blacks to pale blonde highlights. No pieces of Tasmanian Blackwood will ever look the same which is a little unusual in comparison to other tonewoods like Mahogany or Rosewood that are are fairly consistent in colour.

Do we air-dry or kiln-dry Tasmanian Blackwood?

We source most of our Tasmanian Blackwood in raw billet form, generally ranging from 45-65mm thick. It has been air-dried for several years before it reaches us, which is a process where freshly cut, "green" timber is stacked and kept until most of the moisture content in the wood evaporates.

Tonewood is stacked and further dried and acclimatised to our workshop (until it reaches 12-15% moisture content) before being resawn down to thin bookmatched slices of 3-4mm in thickness for final stickering and drying down to a moisture content of <10% for guitar assembly.

A fully climatised tonewood is stable and settled, which ensures that with the proper care, our guitars will survive for generations to come.

From tree to guitar, our tonewoods have typically been drying for 5-10 years.

The alternative to air drying is kiln drying. We avoid kiln drying any of our woods for two main reasons:

Kiln drying is a common method within the timber industry for speeding up the drying process by enclosing the.

Kiln drying is common with some major guitar manufacturers and factories where the scale of production means it is not economical to store large quantities of lumber for years at a time.

While kiln-drying makes for quicker production and a cheaper instrument, speeding up the chemical reactions that take place as a tonewood dries. While it can be desirable with some specialised, kiln-dried woods such as torrified a spruce, for hardwood species such as Tasmanian Blackwood, the result of kiln drying is a tonewood that is ultimately more brittle, harder to work with and in short offers a less desirable tone.

2. It's better for everyone.

Our Tasmanian Blackwood comes from sustainable forestry operations where the trees that are felled are those at or nearing the end of their natural life. In that sense our Tasmanian Blackwood are typically greener than the Koa we work with, which is exclusively salvaged from naturally fallen trees (sometimes deceased for many decades), and will take longer to air dry to the optimal moisture content.

Air-drying Tasmanian Blackwood is more sustainable again in that it uses less energy to reach its optimal state. Good things take time, and in our opinion tonewoods are no different.